A common saying in coin collecting is “Buy the book before the coin”. In other words, you should learn as much a possible about the coins that you want to collect before you start buying them. An educated collector almost always makes better buying and selling decisions.

The Fort Myers Coin Club is committed to providing collectors and potential collectors with as much information as possible on this web site and at our meetings and other numismatic events.

There are many basic and specialized reference books about coins. One of the most respective publications in the hobby is (i.e. Red Book). Coin Collectors have used the Red Book to value their collections since the 1st edition was published in 1946. Over many years of guiding the light was R. S. Yeoman and more recently Senior Editor Kenneth Bressett. The newest edition of the Red Book is over 450 pages and prices nearly 8,000 items in up to 9 grades with over 2,000 photos. This is a book that everyone should have in their numismatic library.

Another essential book for your numismatic library is the . Every coin minted since 1793, from half cents to gold double eagles to commemoratives to state and park quarters, is in this almost 400 page book.

Since, we are on the subject of numismatic libraries there is another great source of books for the serious collector. The American Numismatic Association (www.money.org/library) has a lending library for it’s members. This library features resources and materials including but not limited to coins, paper money, medals and tokens.

The American Numismatic Association is offering free virtual courses through its new ANA eLearning Academy. Courses are open to both ANA members and non-members; there is no charge to participate but preregistration is required. Class topics are designed to appeal to a wide range of collectors from beginners to advance collectors. Please check out info.money.org/elearning for class descriptions and registration

Did you know that the first silver dollar size coin ever proposed for the United States was theContinental Dollar of 1776, although it was probably struck only in a pattern form and never reached general circulation?  Specimens of this first Unites States dollar were struck in silver, pewter and brass and are very valuable these days.  A word of caution, there are a lot of modern counterfeits of this coin.

Did you know a number of states issued their own coinage after independence from Great Britain was achieved?  The states had the right to coin money from July 2 1776, the day of independence from Britain was declared until ratification of the Constitution on June 21 1788.  States that issued coins were New Hampshire, Massachusetts, Connecticut, New York, New Jersey, and Vermont in what we call post-colonial issues.

piece in 1864, during the Civil War.?  The inclusion of the motto in coin design was made mandatory by the Act of July 11, 1955.  Furthermore, IN GOD WE TRUST, did not become the national motto of United States until July 30, 1956 , when it was decreed by a Resolution of the 84th Congress and approved by President Eisenhower.

Did you know that E PLURIBUS UNUN means “one of composed of many”.  It first appeared on the 1795 Liberty Cap Heraldic Eagle half gold eagle (i.e. $10)

The $10,000 Gold Certificate is payable in gold and the notes were used primary by banks and the Federal Reserve. On December 13, 1935 there was a fire at the Old Post Office building in Washington DC where all the redeemed, thus “worthless”, 1900 $10,000 gold certificates had been stored. During the fire some workers at the building threw out box containing thousands of these notes into the street. Pedestrians of course picked them up. Most had already been canceled like the one shown. Many of the examples you see today have smoke or water damage from the fire control efforts. They are probably less than 400 surviving notes. 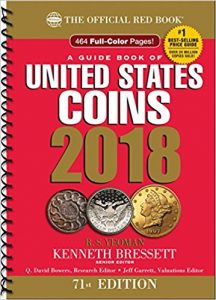